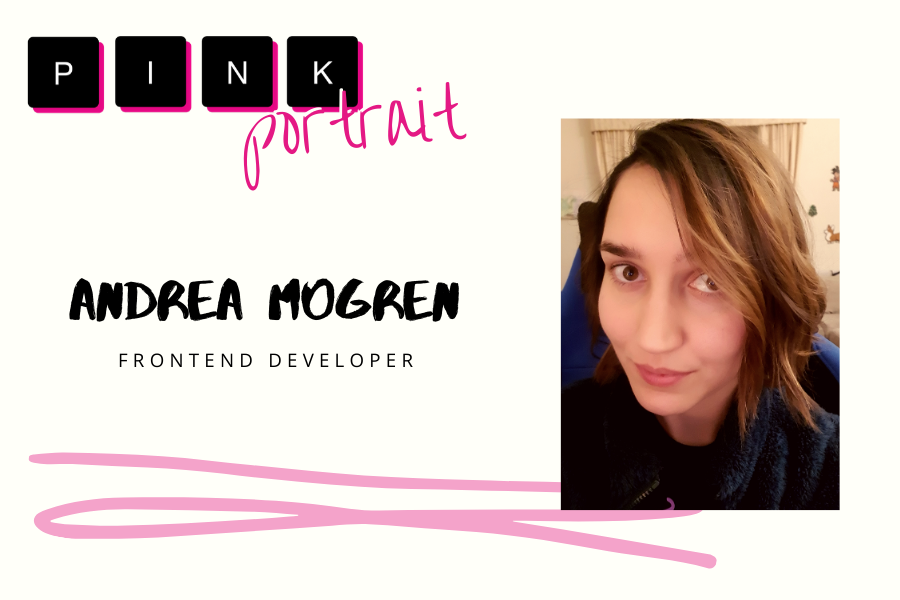 For Andrea, programming wasn’t always the given choice. As a creative person with a background in linguistics, she thought she was “too stupid” to be a developer. Today, she is working as frontend developer – and is also a code mentor at Pink Programming.

From copywriter to programmer

A year after getting her Bachelor’s degree in English, Andrea felt like she wanted to do something more digital. At the time she was working as a copywriter for different magazines. She started to consider going back to school, and found the Digital Data Strategist program at Hyper Island in Stockholm.

– I didn’t really have a plan when I started the program – I just knew I wanted to do something more digital and thought I would find something during my time there.

Previously, Andrea always thought programming was something complicated and difficult, but after a course in HTML, CSS, and Javascript she had an aha moment.

– I’ve always felt like being in the cockpit of a plane – you have no idea what’s going on. But when I started studying at Hyper, I really got a moment of “ah, this is what it can be!”. We had really good teachers and approached programming from a different perspective. I realized that you don’t have to study at KTH all your life to code. Programming can be easy and fun. I fell for it completely.

– And obviously I was super active during them (laughs). “I can build a website!” I would say every time we had a group assignment.

Working as a frontend developer

– The best part about my job is that I get to create something while working with problem solving. It feels like an industry where I will continuously develop and learn, since new things are coming up all the time.

Working as a frontend developer is more than just writing code – Andrea says a lot of her time is spent on thinking about functionality that makes sense for the user and works in a good way. Unlike the common idea about programming being a solitary and asocial profession, Andrea says it can be very social.

– It’s so much fun to sit with another developer and work together on solutions. You learn a lot from each other. I think anyone who likes building things, likes problem solving and likes working with other people would really enjoy my job.

Being a part of an industry that is constantly developing means that you are constantly learning – but Andrea also says it can be very frustrating initially.

– During my internship I was very frustrated – everyone else has been working for five years and knows everything, why don’t I know as much? It’s important to give yourself time. It might take a while, but you will get it – don’t be afraid to ask questions. Nobody will think you’re stupid. Give yourself time to understand and process things.

Andrea emphasizes that you shouldn’t underestimate yourself and your ideas, and not just ask questions – but also not be afraid to give suggestions.

– Just because someone is more senior, doesn’t mean that they know more or have better solutions. It’s good to speak up when you have ideas. You might have an angle they didn’t think about. 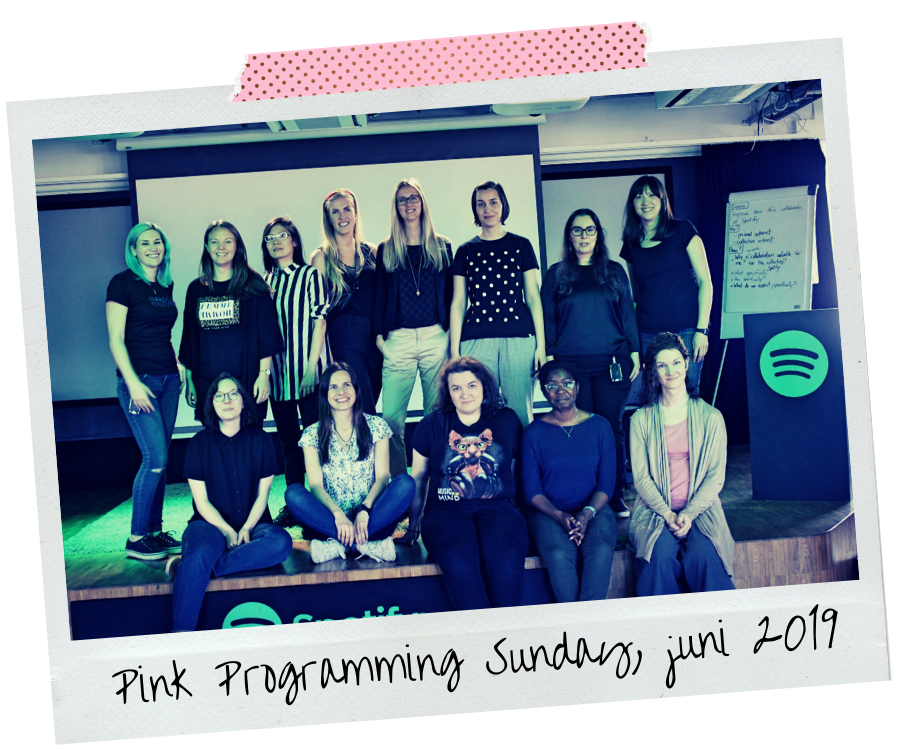 Since February 2019, Andrea has also been a code mentor in Pink Programming. She says she loves teaching programming, and shows others who are where she has been to discover programming. It was also via another Pink-volunteer that she got her current job.

– The network is super valuable. I had a period where I decided I wanted to apply for a new job, but it was hard. I often felt like the recruiter gave me one version of the job, and that it was completely different when I got to meet the development team.  They told me I was “too junior”, but I had worked for two years.

I wrote in our (Pink Programming) Slack and asked for advice and if anyone else have had similar experience. I got so much support and advice, and people were so encouraging and said they would keep an eye open for positions at their workplaces. Pink has given me a wonderful community  and support, but also a self confidence and opportunities I wouldn’t have if I just kept programming by myself.

Andrea is not only spreading programming via Pink Programming, but also in her own surroundings.

– I have friends that I try to get into programming. If they show the tiniest bit of interest, I try to encourage them – take this and that course, ask me, write to me. I will try to explain to you if you get stuck. Programming is my favorite thing to do.

Do you or does someone you know work in the IT industry and want to share your story? Contact helen@pinkprogramming.se or via LinkedIn! 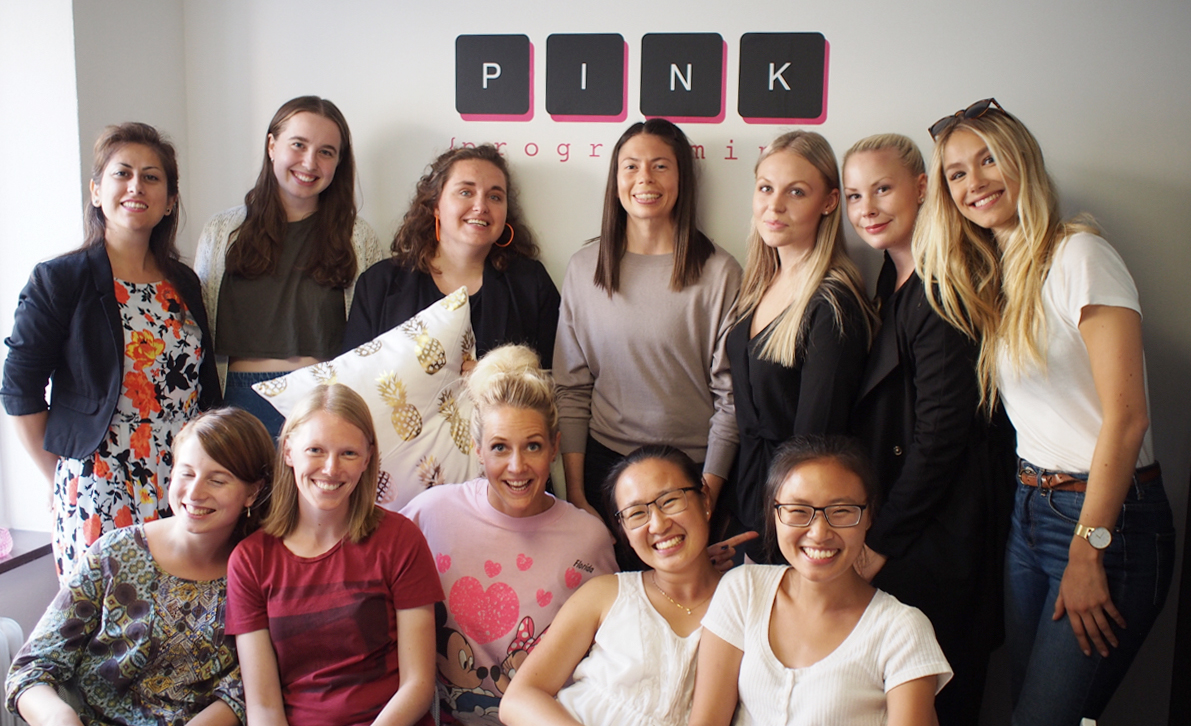